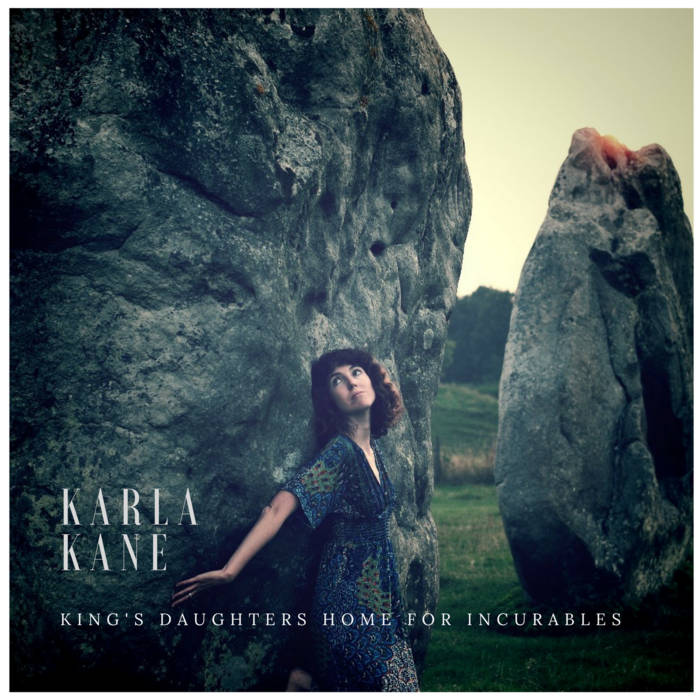 The first solo release from the singer/songwriter/uke player of The Corner Laughers, the creation of this enchanting acoustic collection was inspired partly by the tours of England she’s undertaken over the past few years. Recorded over a few weeks at home, rather than in a studio with a producer, the album is Kane at her most independent and intimate, with sweet vocals and songwriting at the forefront. Themes include anxious thoughts on motherhood and the passing of time, the search for “home,” and a deep desire to summon optimism and hope in a dark world.

Many of the songs were written under the shade of a beloved oak tree in Kane’s California backyard. Armed with a laptop, her ukulele and a single microphone, she recorded them, usually in the evening, after her young daughter was tucked into bed.

But the simplicity of the set-up doesn’t mean the album is short on sonic riches. Though it has DIY, backyard-pop roots, the album expands its scope from the micro to the macro level. Woven into to many of the songs are the astonishing nature recordings of Richard Youell, which bring the sounds of the English countryside (buzzing beehives, dawn choruses, rainstorms) alive in harmony with Kane’s music. And though it’s officially a solo album, “King’s Daughters Home For Incurables” includes a number of notable guest appearances from England and beyond, including Kane’s songwriting hero Martin Newell (Cleaners from Venus), who contributes vocals and poetry to “Wishing Tree.”

Concerned Corner Laughers fans, take heart. All three of Kane’s fellow band members appear here, with husband/bandmate Khoi Huynh taking on co-producer duties as well accompanying her on most songs on a variety of instruments (including on two remakes of Corner Laughers works). Listeners familiar with Kane’s previous catalogue will recognize the clever, literate lyric style, and ethereal melodies and harmonies highlighted in her new, folk-inflected direction.

Everyone, at some point, feels like an “incurable” in search of a home. With Kane’s new album, listeners are invited to share in the mix of beauty and confusion in which we all find ourselves in these times. All aboard.

All songs by Karla Kane (BMI) except "Weight of Acorns," by Kane/Huynh (BMI).